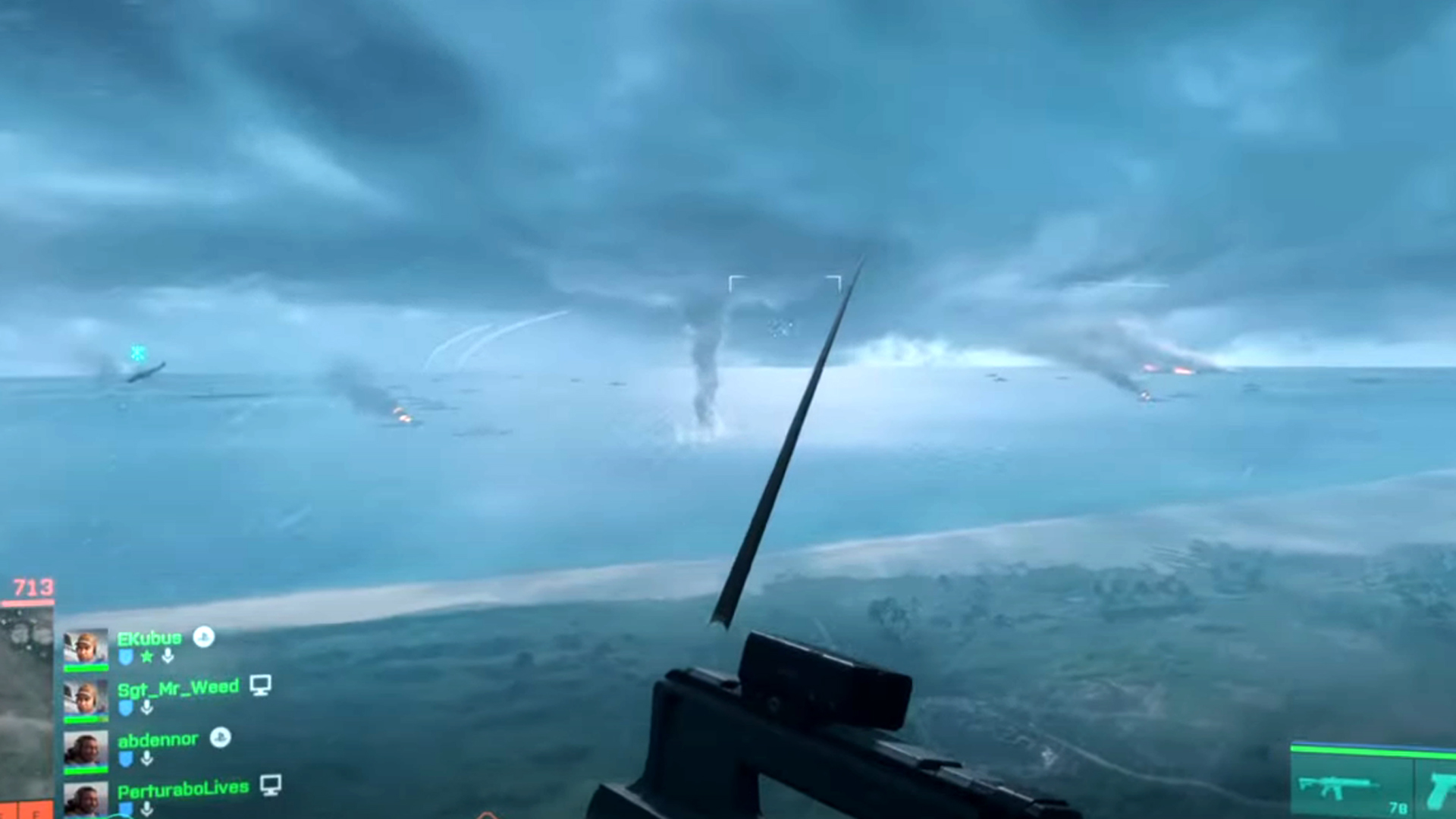 While it’s undoubtedly not a perfect game, Battlefield 2042 players are having a lot of fun with Specialist MacKay and his unique grapple gun – but now some players are discovering some unique uses for the item, in the form of a new Battlefield 2042 grapple glitch that allows them to attach to smoke and even the weather.

In our review of Battlefield 2042, we noted that EA’s latest FPS had all the elements needed to be one of the best Battlefield games but was “many updates away from reaching its full potential”. The game’s certainly had a lot of problems since release and has felt more than a little unfinished, with many glitches, bugs, and even major server errors stopping fans from enjoying themselves.

With several major updates due over the next month to fix the worst of Battlefield 2042’s problems, it’s actually something of a relief to find a glitch that’s just generally silly and players are actually having fun with – rather than, say, major performance problems.