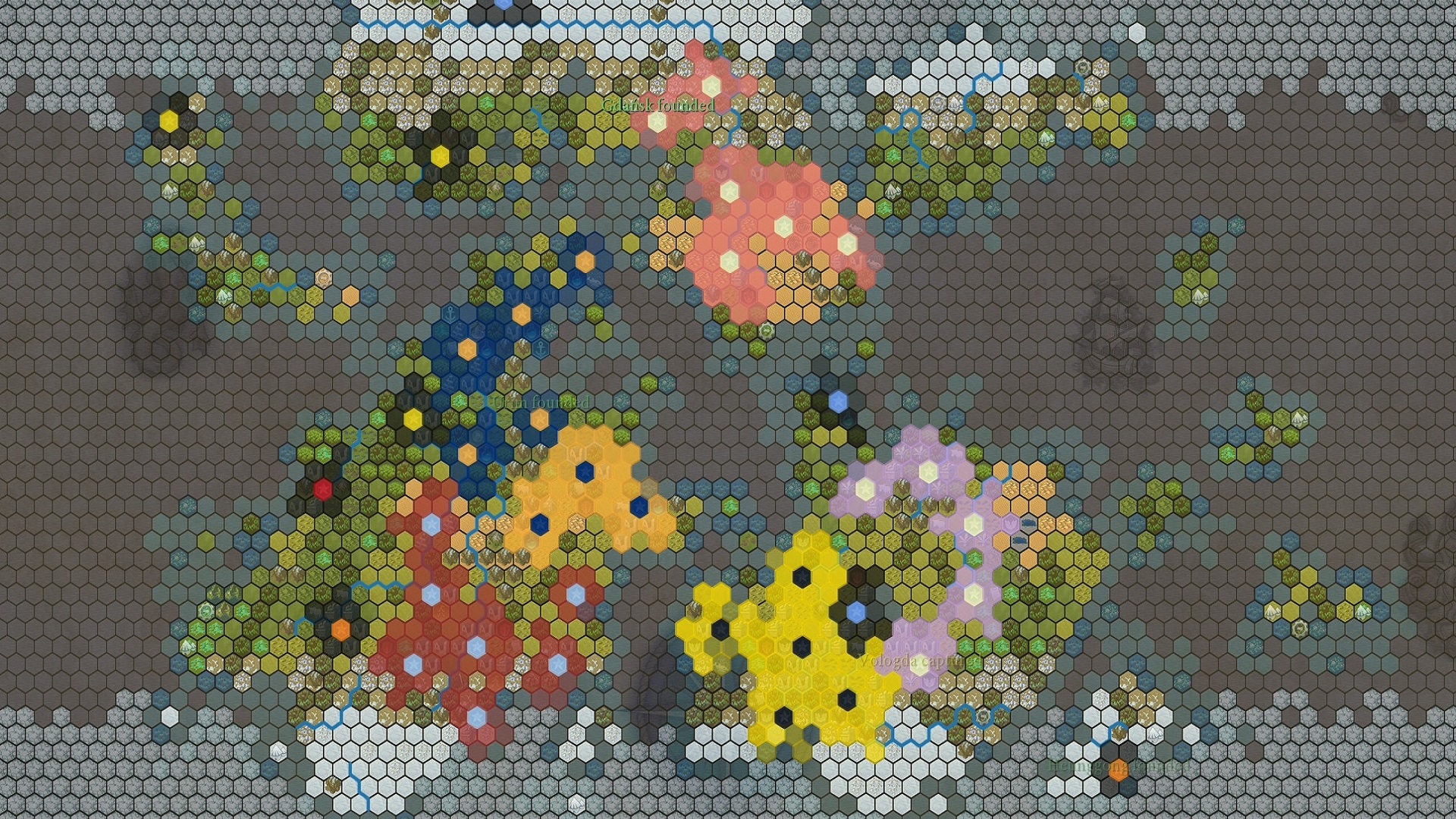 The only thing better than having a great run in 4X game Civilization VI is being reminded of how great it was through a replay. The ‘Endgame Map Replay’ mod by Technoluddite does exactly what it says on the tin. It plays out the just-finished match on an abstracted hex map which looks similar to one of the map modes you can activate in-game.

Firaxis’ popular strategy game does already provide endgame stats that you can look at to see how well you did, but this Civ 6 mod offers a more in-depth alternative. It doesn’t replace the existing endgame screen, rather it adds a new tab. “When selected this displays a map of the world,” the mod page explains, “initially showing it as it was at the beginning of the game.”

Using playback tools that also come with the mod, you can then watch the match (and map) unfold from the player civ’s perspective. It shows when new cities and infrastructure get placed, territory gains and losses, and even the spread of religion. There are also additional options and configurable settings you can play around with as well.