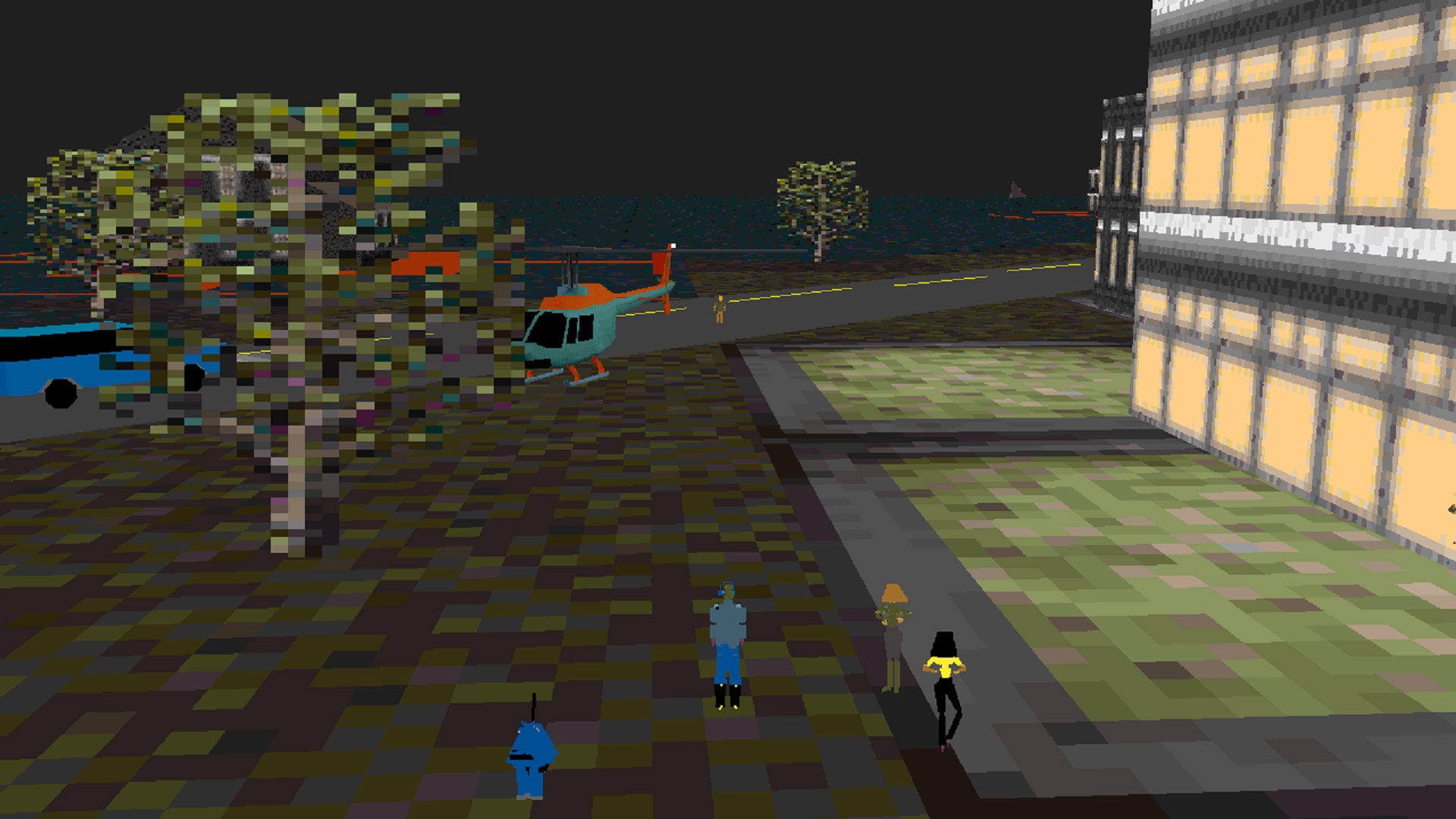 SimCity 2000 was one of the most successful games of 1993, but Maxis Software didn’t exactly have a convincing follow-up in mind. Skyscraper simulator SimTower and SimHealth, an unwieldy strategy game about the United States’ healthcare system, shared little except poor sales. With finances looking increasingly dire, management ordered developers to pump out as many titles as possible before the end of 1996. The list includes SimIsle, SimTown, SimGolf, SimTunes, and SimCopter, which features the very first appearance of the Sims.

Released – initially, but we’ll get to that later – just before Christmas 1996, SimCopter was developed by SimCity designer Will Wright, who recalls being asked by management: “can you design a game where you’re doing something in 3D in SimCity? Whatever it is, driving around, flying around, whatever.” Since the designer was already working on a prototype for The Sims at the time, he decided the project should also feature citizens who walk around and interact with each other.

SimCopter puts the player in the cockpit of a police helicopter, tasking them with resolving traffic jams, fires, riots, overturned boats, and chasing down criminals. The flight model was based on a Hindenburg simulator (no, really) that Wright had been forced to shelve because of poor marketability, but it was given a new lease of life with the novel idea of players being able to fly around their own SimCity 2000 maps. Wright had been toying with the idea of merging different simulators ever since SimEarth, with the ultimate goal being “an open standard through which our simulators could be plugged into each other”. In the mid ’90s, the concept of designing a city on an isometric, 2D plane in SimCity and then experiencing it in 3D from a controllable helicopter was revolutionary.