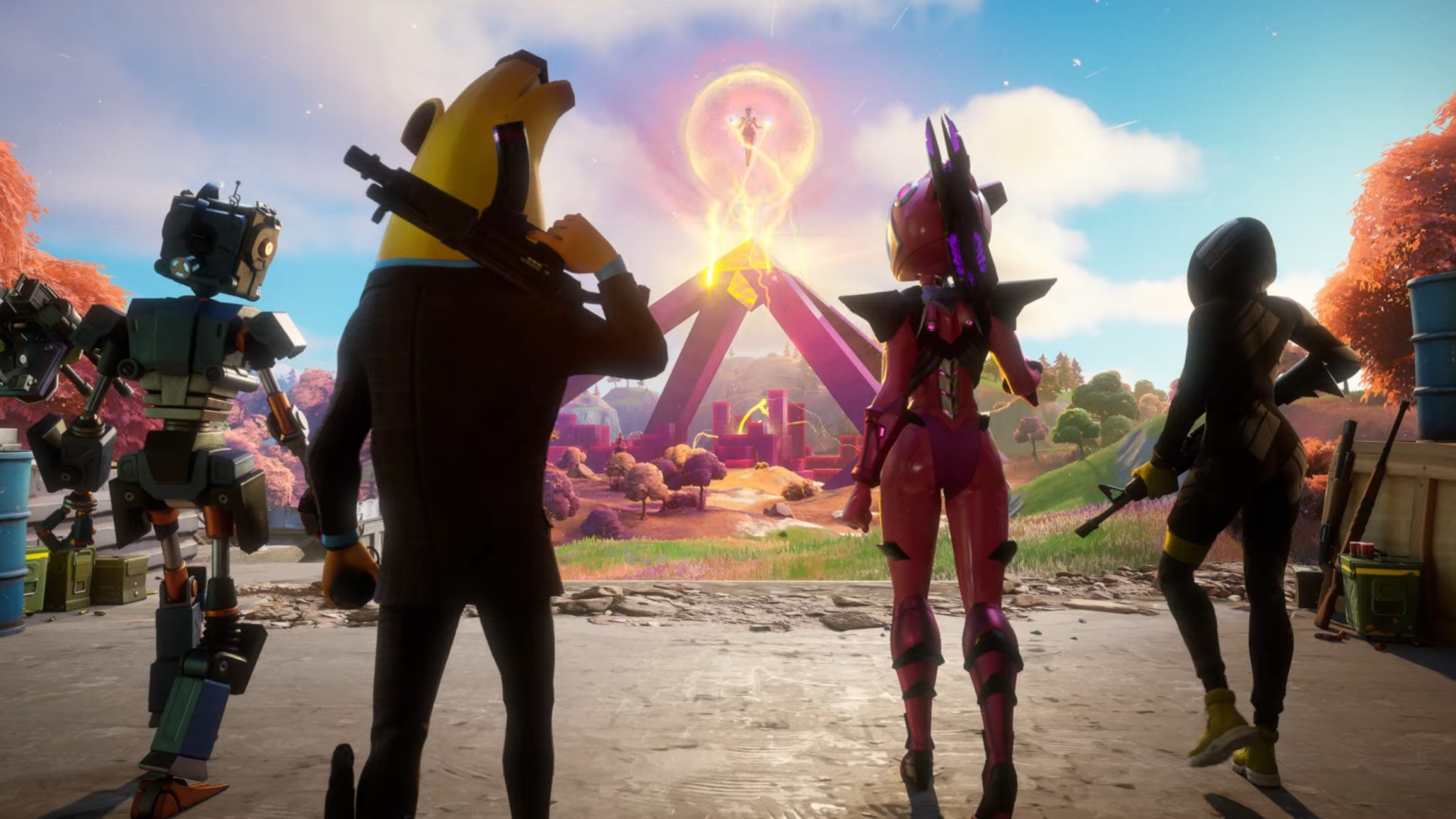 The pieces are all in place, and it’s time to finally take on the Cube Queen. Fortnite Chapter 2 is about to draw to a close, but before the curtain falls on the battle royale game’s second big ‘chapter’ arc, there’s going to be another massive spectacle event, and here’s when you can join in the fight.

‘The End’ event is what Epic is calling a “climactic event” in which you’ll take on the Cube Queen herself in “one last stand for the fate of the island.” It’s scheduled to take place December 4 at 1pm PT / 4pm ET / 9pm GMT. Given how these things have gone in the past, you’ll probably want to show up a little early, and ‘The End’ playlist will be available 30 minutes prior to the start of the event.

You’ll also be able to squad up with more players if you want to participate with a group of friends. The playlist supports parties of up to 16 players this time around, so everyone can come along. Make sure someone’s set up to record, however – replays won’t be available for this one-time event, and you won’t be able to adjust any graphics settings once the event has begun, so get that all squared away ahead of time, too.