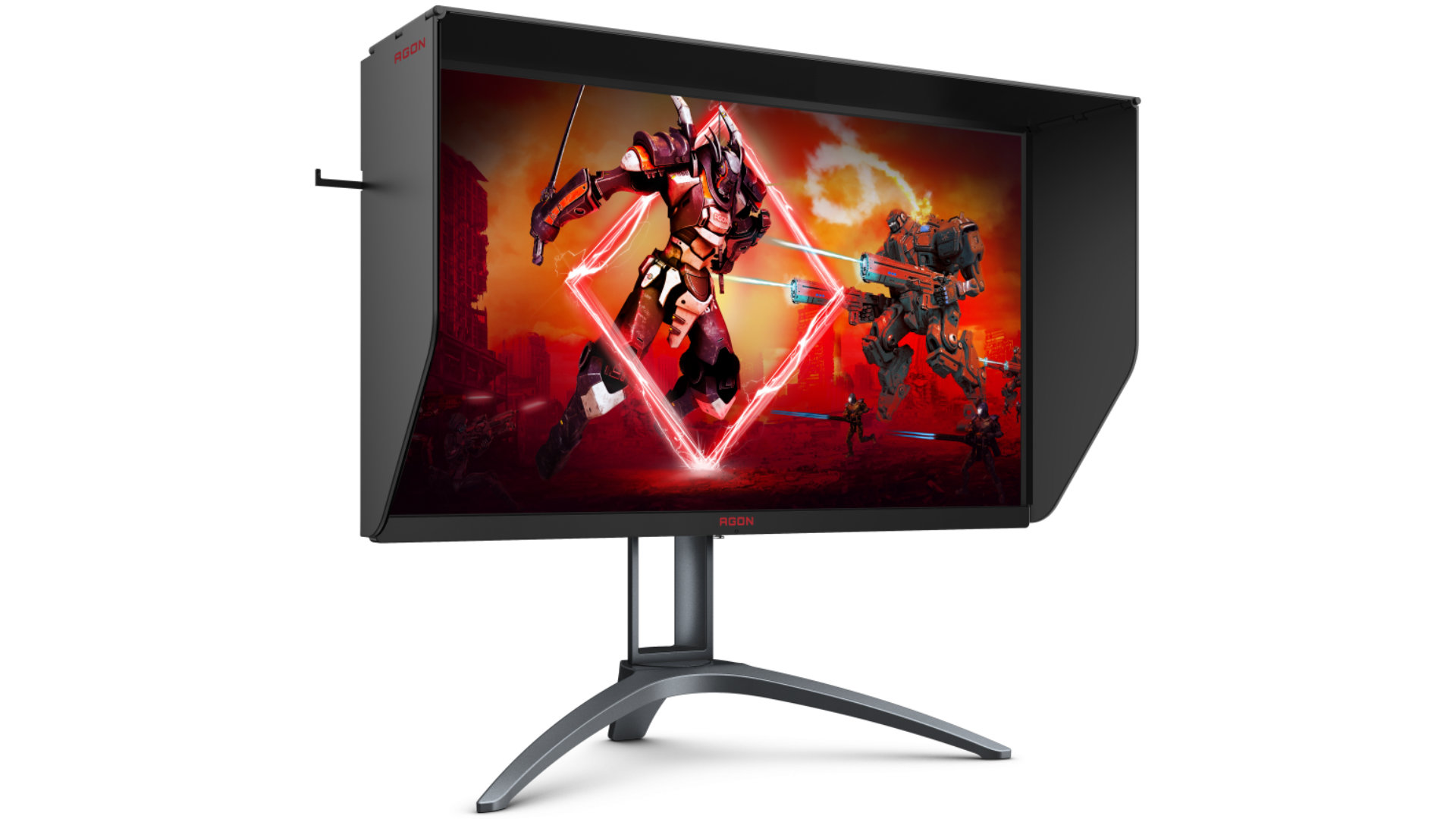 The AOC AG273QXP 27-inch gaming monitor marks a first for me, as it’s the first time I’ve ever used HDR. It’s not for a lack of trying, but that it still seems like an emerging technology in PC screens, despite HDR being around for over half a decade on TVs. I could describe the bliss of seeing the glaring oranges of Doom Eternal’s Hell on Earth or how the bright colours originally had me staring in awe, but unfortunately, first impressions are fleeting with this £423 display.

Out of the box, you get all sorts of goodies, including some blinkers for the display, should you decide that the sleek borderless look is not what you want. Generally, it’s quite easy to set up, though I did have a bit of trouble slotting the display itself into the mount. It might take a couple of goes, but you won’t need to bother again once you’ve got it standing.

If you’re looking for a display that you can swivel to a ‘tate’ mode, this one will do nicely. The only issue is that it only swivels in one direction, so if the prongs on the tripod’s feet are positioned at the wrong angle, you don’t get a full rotation.